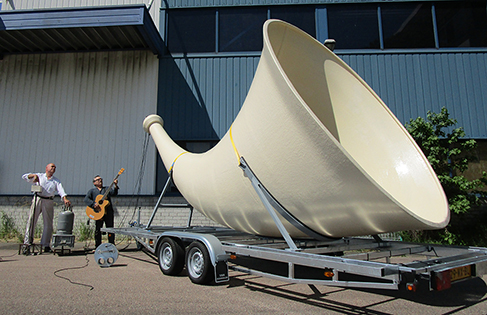 With small adaption the horn can be transformed as an INSTRUMENT.
Soundmachines and bass guitar will be connected to the horn.
A wonderful performance and music of Peter Zegveld & Luc Ex. 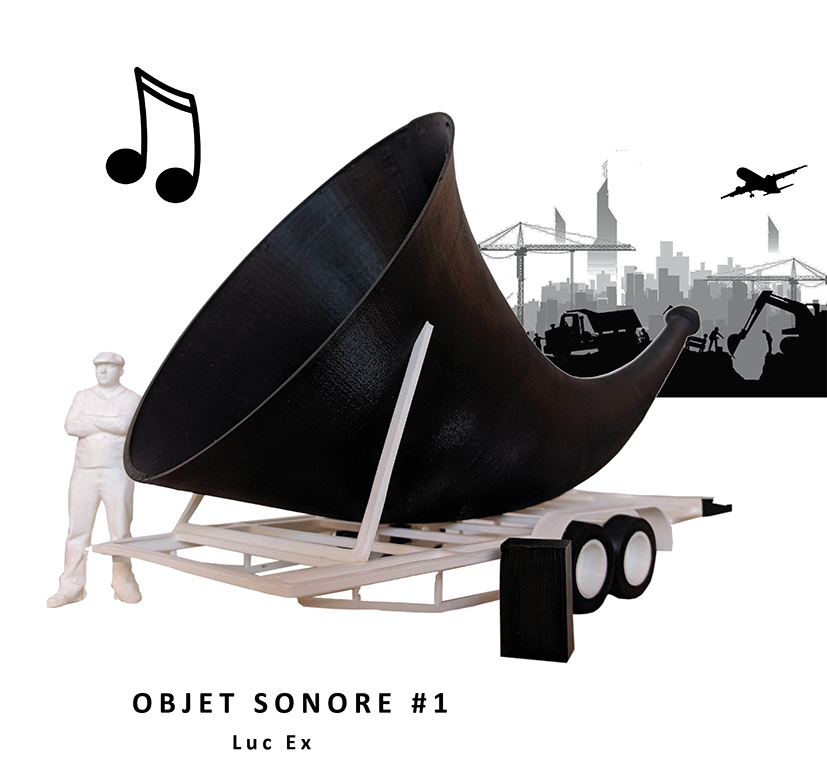 Installation created by Luc Ex
The horn/sculpture has been designed by dutch sculptor Peter Zegveld.

Spectacular composition with urban sounds from the bell of a seven meter horn
Sharp exchanges in a street market, throbbing lorry engines, and boots strolling by swiftly are just some of the sounds emanating from an immense horn this summer. Festivalgoers will be astonished; even city-dwellers who may hear them every day.

Why can a lorry rumble past your house at all hours of the night whereas a cellist has to apply for a permit to play Bach suites in the street? Why are random sounds never experienced as beautiful (whereas random visuals may be?). Why do we focus wholeheartedly on sounds played on a concert stage whereas we are deaf to the permanently evolving and lavish sounds that the city has to offer?

Luc Ex (1958) has been performing music since 1983. His focus has mainly been on composition in recent years while he has always been fascinated by sound. Where does noise start and music end and which sounds are unavoidable, yes or maybe no? Objet Sonore #1 turns urban sounds into music, which is subsequently integrated with urban chaos, and the other way round. The horn will amaze people in public spaces or at festivals, often in urban surrounds. Locations that accidental sounds claim as their own.

The horn is poetic and robust, with built-in speakers. The design is emblematic for Peter Zegveld’s oeuvre. Its ample size (7 x 3.5 m) and elegant shape, juxtaposed with an urban setting, is bound to perplex.
Objet Sonore sees Luc Ex continuing a tradition of ‘Music Art’ and ‘Music Machines’ that has much in common with the work of artists such as Jean Tinguely, Moniek Toebosch, and Dick Raaijmakers. 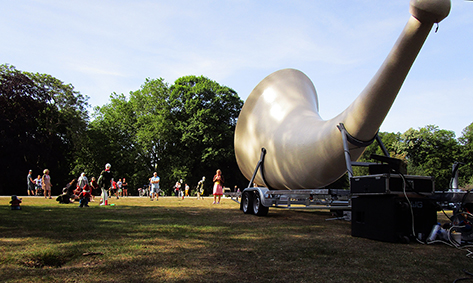 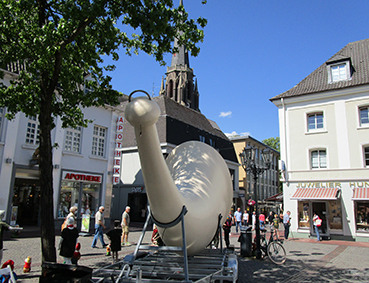 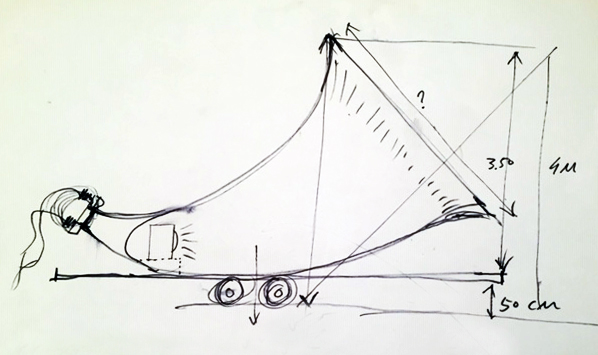 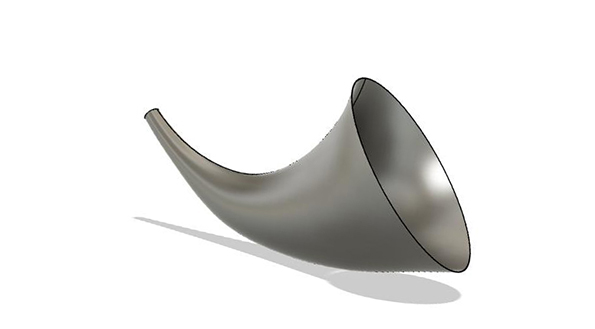